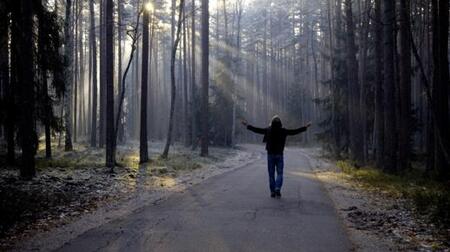 It seems to me that it’s one thing to try and keep pace with the onslaught of web and mobile based communication technologies, staying up-to-date with all the latest – and quite another to buy into the deepening sociological implications that they present. Or to put it more simply – does the fruit of these fraternizing schemes have any actual flavor or nutritional value?
Almost every little action and event out there is now permanently documented and accessible, if you want to spend your time dealing with it. We’re encouraged to have a nice slice of human pie, anytime anywhere. We’re even alerted when it’s ready for consumption. It has bewilderingly become our default mechanism for social interaction. The big question is: how does it make us feel? Is all this newfound awareness and knowledge worth the time we spend on it? Do we actually give a shit what everybody else is eating, drinking, thinking, watching, reading, listening to . . . ? Ahhh, sorry, I don’t mean to be rude, but I know I don’t. If this is what is meant by being one with the universe, I think I might just have to pass.
Maybe because I have access to more of it, the world we live in seems to be growing stranger all the time. There’s this fascination in books, TV, and movies with trying to pin down a workable concept of what modern life is. From Murakami’s surrealistic parallel worlds, to the Hunger Game supposition that existence is some sort of reality show that everyone tunes into.
But, what is life, really?
Don’t we all, in effect, simply set out on our own path and walk it? Sure, some paths cross and intersect. There are paths that take a straight line, some flair out wildly, some bump and hump, some soar straight up, some look more like scribble drawings. But the one thing they have in common is that they all eventually end up emptying back into the ether pool of universal consciousness.
So how much do we need to know about the ones we run into along our way? I understand the value of simplifying communication, but is anyone else’s path important enough to take time away from our own in order to keep track of it? Life is short enough as it is. What could we possibly hope to glean from such distraction?
At the risk of sounding Thoreauvian, I wonder, what is the 21st century version of moving into the woods at the outskirts of town?
Didn’t Dylan once pose a similar question?
“How does it feel, to be on your own, with no direction home?”
Okay, I remember being young and shiftless once – burning time as I saw fit under the guise of learning and gaining experience; making my share of mistakes, throwing myself against society’s wall, sliding down in a heap, and getting up and pumping my arms in the air defiantly.
I was in and of my time, but something’s telling me I may have reached a point where my time in the social sun has clicked a notch, and this new social amusement will just have to go on without me.
I think I understand the epiphany that Kerouac had, at the end of “On The Road”, when he came to the realization that his passage through his life had taken an irreversible step forward. I can still hear him reading his words from the book’s final paragraph on the Steve Allen show: “Nobody, nobody knows what’s going to happen to anybody, besides the forlorn rags of growing old. I think of Dean Moriarty, I even think of old Dean Moriarty – the father we never found. I think of Dean Mor-i-ar-ty . . . “
Is that the most sad and fearful thing about growing older, having to live in a world that has become harder and harder to recognize? If that is the worst life has to throw at me, you will find me biding my time quite nicely in relative seclusion – until, eventually, I get to scream those final lines of the famous ee cummings poem:
“How DO you like your blue-eyed boy, now, Mr. Death?”

Listen To Hiding In Plain Sight