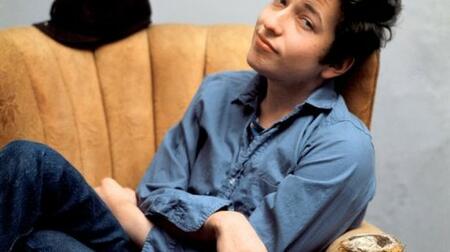 I want to take you back to a charged year – 1965. Many of you were not even born then: 47 years ago – smack dap in the middle of the ’60’s. It was an excruciatingly frustrating time to be young and alive (but then, when isn’t?)
Baby boomer kids were coming of age and the chasm between the behavior of the older generation and vibrant new thoughts and attitudes was growing huge and simmering. There was still rampant racism and inequality, and young men were being pulled from homes and schools to fight an undeclared war on the other side of the world. There was confusion and dissent; violent demonstrations clogged the streets. Our culture was at a crossroads.
Bob Dylan, age 24, found himself at the epicenter of new thought. He’d been living in New York City’s Greenwich Village for a few years, taking in everything that he saw happening, stuffing his mind – reading voraciously, poetry, commentary, newspapers, magazines, conversing with all sorts of strange artistic counter culture friends and acquaintances, soaking up new ideas, and most of all — he was discovering the magic of words.
Somehow, everything he had been taking in came rushing back out in a restless emotional jumble, pouring out of his mind and erupting from his mouth like lava, a kaleidoscope of seemingly disjointed phrases and images that were coalesced by a new attitude – a stance, if you will, that suddenly hit the public vein, and seemed to speak for and make sense to an entire generation.
He was the joker, the prophet, the clown, the rebel deacon, holding up a mirror for all of us to see and what we saw reflected in that mirror was our own troubled souls. These were fearful frightening times, but all of a sudden, we were less afraid. The fact that someone was pointing out the surreal absurdity and senseless contradictions of everyday life – somehow empowered us, made us realize that there were others who felt like we did. Convinced that that the old ways were obsolete, we longed to be a part of a new way of thinking, a new way of living. Maybe we could even – change the world we lived in . . .
He spoke in a verbal whirlwind of jumbled images and nonsensical rhymes – coils of imagery that somehow resonated and connected us to each other. He was irreverent, witty, brash, funny. He dripped attitude. He wasn’t writin’ no 2 ½ minute pop songs, he was spitting out six minute ten stanza surrealistic epistles like “desolation row” and “like a rolling stone” – a 24 year old songwriter channeling the spirit of Jack Kerouac, Chuck Berry, and Woody Guthrie. This was 15 years before anything resembling rap came on the scene and he was obsessively plugged in to the zeitgeist of his time, droppin’ hyperkinetic words like these:
“Johnny’s in the basement mixing up the medicine I’m on the pavement thinking ‘bout the government a man in a trench coat badge out laid off says he’s got a bad cough wants to get it paid off look out kid it’s somethin’ you did god knows when but you’re doin’ it again you better duck down the alley way lookin’ for a new friend the man in the coon-skip cap with the bic pen wants eleven dollar bills you only got ten.
Maggie comes fleet foot face full of black soot talkin’ that the heat put plants in the bed but the phone’s tapped anyway Maggie says that many say they must bust in early May orders from the DA look out kid don’t matter what you did walk on your tip toes don’t try, ‘No Doz’ better stay away from those that carry around a fire hose keep a clean nose watch the plain clothes you don’t need a weather man to know which way the wind blows.
Ah get sick get well hang around an ink well ring bell hard to tell if anything is gonna sell try hard get barred get back write Braille get jailed jump bail join the army if you fail look out kid you’re gonna get hit by users cheaters six-time losers hang around the theaters girl by the whirlpool lookin’ for a new fool don’t follow leaders watch the parkin’ meters.
Yeah get born keep warm short pants romance learn to dance get dressed get blessed try to be a success please her please him buy gifts don’t steal don’t lift twenty years of schoolin’ and they put you on the day shift look out kid they keep it all hid better jump down a manhole light yourself a candle don’t wear sandals try to avoid the scandals don’t wanna be a bum you better chew gum the pump don’t work ’cause the vandals took the handles.”
“Subterranean Homesick Blues” – Bob Dylan 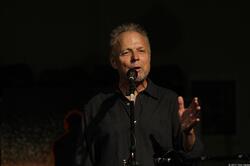