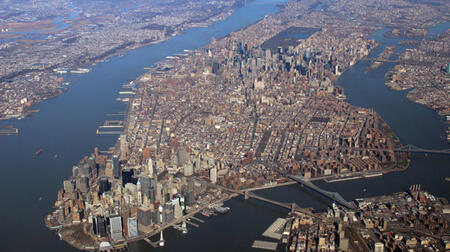 Every year I try to go to New York City for a few days just to put my head in a different kind of space. There’s no denying the strong sense of energy that city has. The locals are plugged in and competitive. They see things as they are and know how to play the game. And not to be outdone are the tens of thousands of visitors from across the globe who clog the city, year round, geared up for the Big Apple experience. They rush here and there, frantically jockeying for position, a place in line, seats at a restaurant, tickets to a play or event . . . even getting on or off a subway train, commandeering a cab, or something as innocuous as walking down the avenue – can become an adventuresome contest.
For my part, I try to float around it, and just enjoy the activity.
Thankfully, there are exceptions, refreshing little oases of realness, people who reach out determined to break the mold and create meaningful interactions. You’ll find them, if you look for them.
And the city itself has so many treasures; the Met is the most accessible, and just might be the greatest art museum in the world – you come away from that place convinced somebody cares about creativity and art. Central Park, stretches out beautifully surreal in the middle of the urban mass, wow! Dizzy’s Club Coca-Cola and Lincoln Center’s Rose Theater – branded by money, yes, but fabulous spaces for music.
Then there are the tiny restaurants dotting every neighborhood, where the owners do things for themselves, and there is camaraderie and a focus on personal visions. They all strive to achieve success, even though they know all the while that success creates its own set of problems and challenges in a plugged in metropolis of over 8 million people.
Manhattan is a testament to the power of money; there is a charge for just about everything – with a winding line and wait to go along with it. Locals joke that it costs $20 just to leave your apartment. All that money has created the most talked about facade in the world. The stakes are high. They are sculpting and “perfecting” it every month. Competition and one-upmanship rule. They’ve even managed to complicate and monetized the World Trade Center memorial. Ah well.
Regardless, there is still so much to enjoy, as long as you keep your perspective. New York City is an exciting, inspiring concentration of stretching and reaching out for excellence. It gives you ideas, and causes you to think about extending your own boundaries.

But the best thing about a few days away, is appreciating what you have at home.

Listen To Hiding In Plain Sight