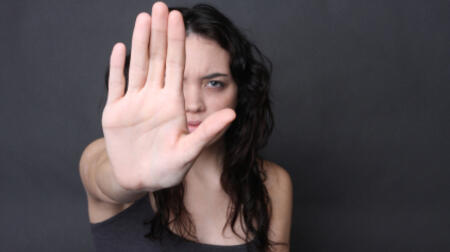 The pot is always stirring, but I wonder if any of you feel like I do, that things are beginning to spin out of hand. What is fueling all the aggression and intense competitiveness that is seeping through the cracks in our so-called culture? I’m talking about more than the random shootings, the senseless mean-spirited verbal lash out attacks, or even the ubiquitous greedy swindles that seemingly pervade every area of our economy.
What really gets to me is the pushy pushy attitudes that have somehow become commonplace in our daily interactions: this driving desire to force acceptance of an idea, a concept, a product, a religious belief, a political agenda, a program, ad nauseam . . .
The news media unquestionably leads the way in violations with their sensationalistic tirades targeted merely to grab your attention, without any regard for honesty or truth. Sure they vet, but just enough to cover their ass. If I hear one more report about pink slime or how taking vitamin supplements or the occasional ambien will lead you to an early grave . . .
And social media has become a lighting rod for self-justification. We’re all guilty of it from time to time, but, nonetheless, I find it a weirdly uncomfortable touchstone.
Then, on the other hand, you’ve got total strangers texting you, calling you, putting their stuff in your face, rattling off some useless shit, making excuses, and taking up time.
And time seems more important than ever – there’s never enough of it to get everything you want to do done, let alone squeeze in the kind of rest and sleep the so-called experts say your body requires (or you will die an early death!).
We’ve been given access to an ever evolving arsenal of high tech tools which are supposed to make our existence easier, but which in fact result in demands on our attention that border on overwhelming. Multi-tasking was a quaint term ten years ago. Now we can only keep our head above water if we learn to narrow our choices, and focus only on what we really want. That involves some hard choices. Choices, decisions – they don’t come easy to most of us.
So, where is this E ticket ride taking us? Will we make the necessary adjustments? Can we fend off the onslaughts and block out the extraneous diversions and still manage to live the kind of life that we’ve always imagined for ourselves?
There’s a famous Woody Allen quote: “life is full of misery, loneliness, and suffering – and it’s all over much too soon.”
Here’s the thing about being dead: the dead have nothing. No opinions, no worries, no money, no debt. They don’t pay taxes, or have to endure politicians and their bullshit. And, they don’t ever have to make excuses.
I wonder, can we mix a dash of death’s attitude into our life? If we carefully muster the straw strands that we deem crucial to our chosen existence into a small safe pile, then maybe we could light a match to the rest . . .

Listen To That Cloud