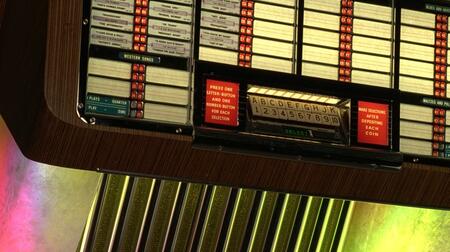 There’s a juke box in my head. It only plays great songs; none of the disposable, soulless, obscure, neurotic crap that blares from the public media mouths. Only songs that intoxicate me, that dig their nails into my skin and refuse to turn me loose – true music that has the power to reconnect and lock me back into the rhythm of life.
One of the best things about the rampant run of technology is that now you can listen to just about any song you can imagine almost instantly. The only challenge is steering around and not stepping in the mundane bullshit.
Sometimes what knocks me out about a great song is the way it is delivered – the pure energy. Sometimes it’s an unexpected chord change, or the timbre of an instrument, or a voice that instantly sears itself into my soul. Often it’s the words that evoke something alive and real – passion, anger, hopelessness, regret.
It could be Wes, Ray, Adele, or Dizzy . . . Jimi, Joni, Coltrane, or Jeff Beck . . . Etta James, Al Green, James Brown, or Van the man . . . John Lennon, Billie Holliday, Jacques Brel – they have all done work on my psyche.
From time to time, a song will take control. Last week I played David Ruffin’s “Walk Away From Love” over and over and over and over – just because of the way he sings falsetto on the line breaks my heart.
Jean Paul Richter described music as “moonlight in the gloomy night of life.” It shines down and seeps into the cracks of every moment of our existence, bonding them, making them whole.
We each get to create our own personal soundtrack. I can’t imagine taking life’s journey without it.

Listen To Motion (Is My Mantra)

to all my political representatives - 2011