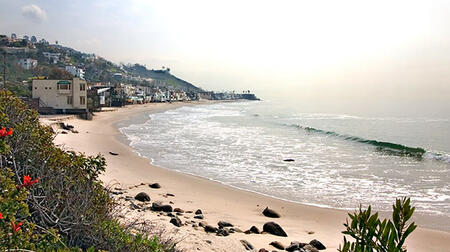 I remember it as if it was yesterday – but it was, in fact, 28 years ago. The heat of July was infusing the year’s longest days with steamy blasts of humidity. I was holed up in San Francisco working on a recording of a song I had written called “Malibu Bay” with a couple of young creative musicians, Rick Laub and Gary Cirimelli. It was the early 80’s and, if you recall, popular music was spinning in circles, doing what it does best – struggling to find an identity. Linn drum machines were new and instantly ubiquitous; MTV was controlling the scene, so there were all these performers with weird hair and weirder clothes – dancing (sort of) thru their made-for-TV videos. But none of this made any difference to us. We didn’t care, we were just vibing . . . having fun experimenting with a DAT recorder, trying to capture the flavor of summer sounds. We copped a little of Madonna’s rhythm, and gave a nod to Michael McDonald and, of course, the Beach Boys. After all these years, a cassette recording is all that remains. But, I turned it into an MP3 – so here it is, evidence of musical fun from that summer 28 years ago – Malibu Bay!