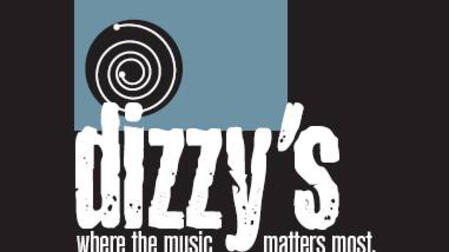 So my epiphany led me back to where I began, so many stops ago on the journey. I discovered intuitively that, if I could stay around the music, immerse myself in a close knit creative community, keep my head in the zone & away from the bullshit/competition/demands of the business, then I could continue to grow & keep learning – my principal self-proclaimed goal in life. The rest of it is meaningless to me.

So, in April of 2000, I set up a performance space called dizzy’s – where the music matters most. It’s an artist-driven collective, whose focus is to provide a bridge between creative performers & an ever growing all ages audience thirsting for that creative energy. I schedule, promote, & operate the space single-handedly, hosting over 230 events a year. Anything creative is fair game: jazz musicians, acoustic singer/songwriters, bluegrass groups, 17 piece big bands, poets & writers, mambo orchestras – they’ve all held events @ dizzy’s.

Even though it is sometimes overwhelming, my dedication of time & energy @ dizzy’s is a selfish act. I am immersed in a swirling sea of creative energy & positive, appreciative vibes.  What more could anyone want?

For complete information on dizzy’s, including a calendar of events, photo archives, & more, click here to visit: dizzysjazz.com.

dizzy's - where the music matters most

Watch dizzy's - where the music matters most