One of the books I learned to love in my formulative college years was Hermann Hesse’s Siddhartha. It had all the elements an adolescent dreamer required: the spiritual journey and search for life’s meaning, leaving behind all family, possessions, and personal baggage, to find your true self. One of the book’s great metaphors is the river – It becomes Siddhartha’s companion and teacher. There’s a climactic scene near the end of the book where he awakens after falling asleep on the river bank and, gazing into the waters, he sees all of his life’s experiences swirling and flowing in, around, and through each other. He learns then that, just as the river is everywhere at once, always there but always moving, what we once were, are now, and even what we will be – are all one and the same. The present is all that matters.
I had a classmate, Jeffrey P. Johnson, a musician who often performed at Webster’s Last Word – the performance space I ran while in college. One night he showed up with a new song based on Hesse’s book that blew me away with its simple beauty, not just the lyrics, but his guitar voicings. I begged him to teach it to me, right then and there. Then I took it to my sister Mary and we worked out harmonies and a second guitar part. We loved singing it so much that we made it the title song for the album we were working on for Sunlight Records. The great Hoyt Jones wrote a sensitive arrangement and a string section from the Chicago Symphony complemented our two voices and two guitars to create a magical recording moment that still resonates, even today – almost 50 years later. 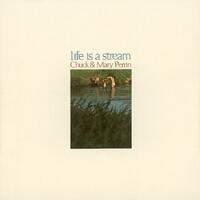